And they made an amazing party for friends and family that were breath taken by the beauty of this venue!

Even though they had to change their wedding date 4 times, because of Covid, the excitement and joy from the anticipation honestly hit the maximum levels and the party that follow compensated everyone and made this trip to Greece even more memorable.

Pyrgos Petreza, a unique edifice, combines nature and architecture, past and future, romanticism with comfort. Its exterior spaces and gardens, designed in full harmony with the natural environment, compose a detailed mosaic of colors and odors, plants, flowers and herbs.

For all those days that will be remembered for a lifetime, Pyrgos Petreza is the ideal place. The interior and exterior places are ideal for your receptions, and at the same time they form an impressive background for a civil wedding, vows renewal or any kind of personal celebration. Its chef with his team will take on the design of the menu, based on your wishes.

Pyrgos Petreza is a tower made of memories, working as a winery and venue, becomes a meeting point of gastronomy and wine, tradition and style, past and future, a place designed to host your memories.

Pyrgos Petreza was designed from the start with respect to the local architecture and natural beauty. Seen from afar, the fragmentation of its masses and its disparate roofs are reminiscent a little village with single-pitched και double-pitched roofs made from old Byzantine roof-tiles gathered from the area. Nature and building co-exist harmoniously and its architecture is inspired from country mansions and monasteries which existed in the area.

Organizing your wedding in Greece

Sourcing a Greek wedding planner for your wedding in Greece is one of the most important steps in your wedding design. Of course all the information is out there and you can find it online yourselves if you have a look on pinterest and Instagram. However, the expertise, time schedules, knowledge of Greek market and trusted wedding vendors is something you will get only if you choose to work with a wedding planner. We choose to stand by your side, listen to your vision and of course try to accommodate and adapt our proposals to your budget so we make sure your wedding in Greece is something worth investing to.

Words from our couple:

Becky and Sherif met 2 years ago in Dubai when she hired him as talent for a campaign for Uber, where she works as a Marketing Manager. Sherif is a TV host & social media influencer, and while getting to know each other during the shoot, they bonded over their passion for travel and the music that was playing on the radio.

Sherif kept the conversation going later that day with an Instagram message letting Becky know the name of the song (which was ‘Particula’ by Major Lazer – it definitely has to play at the wedding!). A few days later, he followed up with an invitation to join him and a group of friends at a Dubai dance club.

A few months of casually hanging out and several trips later, Becky was finally convinced that Sherif was a good guy and serious about her. They continued to date and travel privately for a few months before a photo of them at a friend’s wedding went viral and the rest of the world came to know of their relationship.

After many adventures and incredible destinations together that left Becky—and the rest of the world—guessing, Sherif finally proposed on a private beach in Seychelles.

To date, they’ve each traveled to over 50 countries, and together 18 of them. They are passionate about adventure and the outdoors, and enjoy all kinds of activities: snowboarding, hiking, scuba diving, wakeboarding, running, biking, camping… the list goes on! They are both lovers of the beach, sun and sand, which is why Dubai is the perfect place for them to settle down.

Last but not least, their friends and family mean everything to them, so they can’t wait to bring everyone together in Greece!

Why choose Greece for your wedding

We’ve each traveled to Greece multiple times and enjoyed both Athens and the islands. We love the beachy, laid back vibe, along with the nice Mediterranean weather and amazing food! It’s also easily accessible for Sherif’s family coming from Egypt, and a destination that Becky’s American side is excited to visit. 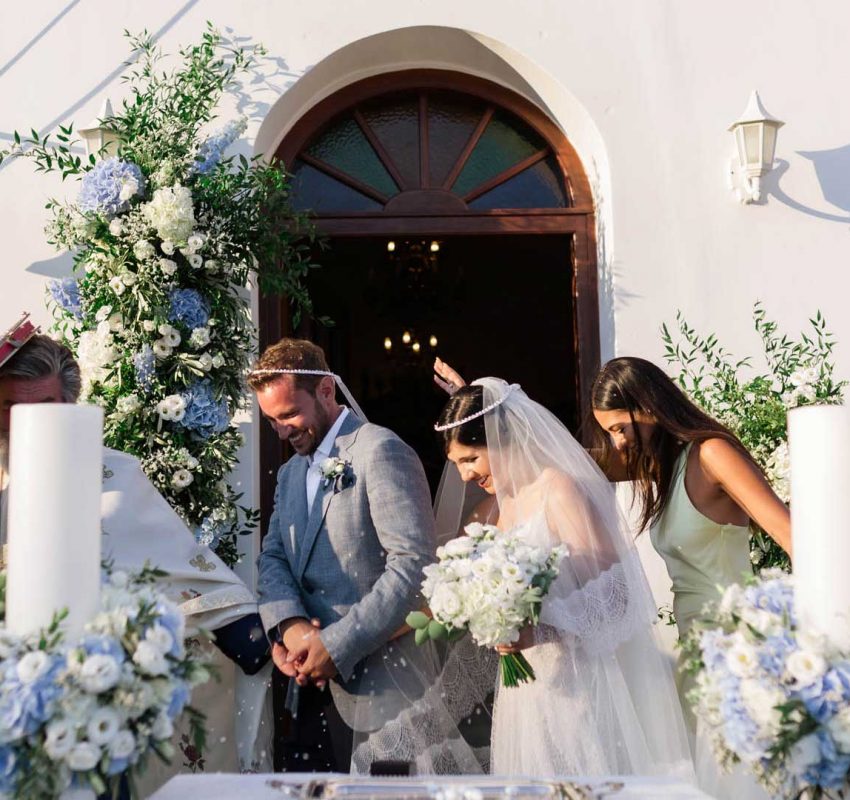 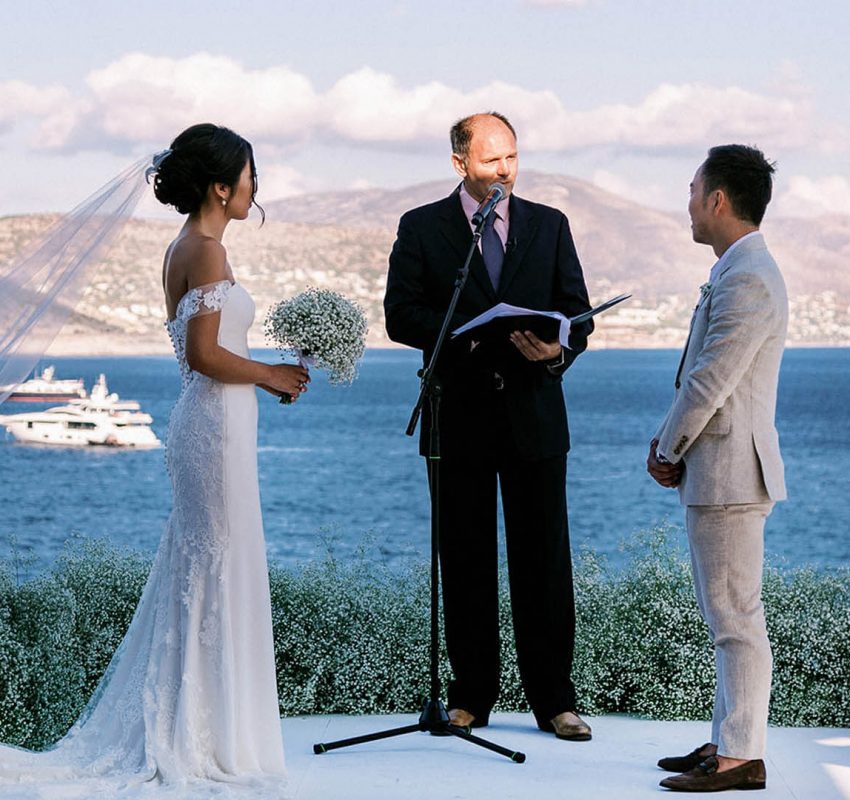