Athens has always been known as a special place for reveling in ancient culture and exploring the beautiful combination of historical and contemporary.

However, it is also the perfect spot to begin your love story and exchange your vows. In addition to the myriad of historical things to see, there are also romantic and divine places. That is why Laurentia and Valentine’s destination wedding in Athens turned out to be like a scene from a fairytale!

The story of these two lovebirds is so special and unique, so we are bound to depict it to you. Although their romance can be seen, even felt, in their wedding photographs, we believe that their union is a story worth telling.

Laurentia and Valentine chose to have a destination wedding in Athens because this is the place where they fell in love. Their captivating journey began when they met on a bus tour to explore the ancient historical sites in Peloponnese. While they tremendously enjoyed their exploration of ancient spots, they also reveled in each other’s company. This adventurous journey turned into a romantic fairytale once their eyes locked at the foot of the Palamidi Fortress.

An intriguing detail of this love story is that both Laurentia and Valentine are from two different continents. Laurentia was born in South Africa and was raised in Australia. However, at the time of this journey, she was living in New York. On the other hand, Valentine was born and raised in Switzerland, but he was living in Munich, Germany, and was about to move to Maranello, Italy. Nonetheless, the amorous encounter in Peloponnese changed everything!

This lovely couple decided to tie the knot in the place where their journey started and chose the astonishing Ktima Hatzi mansion for their wedding. They picked this place for the splendid sunset views and for the impressive historical allure that this wedding venue in Athens carries. They met in an extraordinary way; therefore, they wanted to continue tailoring an equally extraordinary atmosphere.

The breathtaking setting of the Byzantine mansion is an ideal ambiance for starting a new life chapter together. It offers spectacular views and an astounding atmosphere that strikes amorous emotions. Since Laurentia and Valentine strived for a luxurious and elegant wedding, they picked the one that combined everything into one. That being said, rare Ancient Greek marble and eye-catching wall creations create a perfect site for a glamorous nuptial.

The wedding was small and intimate, but it brought touching moments to all 34 attendees in attendance at this splendid event. The couple wanted to ensure their guests felt comfortable during their special day, so as their wedding planners in Athens, we went above and beyond to make this possible!

The whole event included special moments and unique details, such as the two ceremonies the couple decided to have. The first was a crown ceremony, where the couple was established as the King and Queen of their home. The crowns were symbols of honor and glory that their unity before God brought to them. In addition, it resembled a beginning of a new chapter tied in unity.

The other ceremonial act was a sand ceremony, a more modern way to represent the unity of two people. Since Laurentia and Valentine are from two different continents, this kind of ceremony was ideal for portraying how special their relationship was. For Laurentia’s part, there was red dirt and beach sand from the coasts of Australia, while for Valentine’s part, there was beach sand from Sicily. They also included some Greek sand in the mix because this country is important to them.

While both of the ceremonies of this destination wedding in Athens were remarkable and special, some details made these moments even more exquisite. Laurentia’s magnificent veil and the wonderful 3-meter tail of her wedding dress added to the symbolism of these heavenly moments. Moreover, her bouquet with her mom’s handwriting matched her appearance perfectly.

The couple also included their puppies in the wedding, although they were not present physically. Laurentia and Valentine made this happen by printing napkins with their picture on which they say, “We do, too.” Details are everything because they are the small pieces of the puzzle that make unions special and unique. As their wedding planners in Athens, we paid special attention to these small pieces. We ensured that everything included in the celebration was meaningful and noticed by the guests.

Once the ceremonies were out of the way, all of the guests enjoyed a glass of fine champagne and took a group photo. It was a nice way to commemorate this special moment with everyone included. This is not something that a large wedding will allow you to do. So, the couple ended up with a blissful memento with the magnificent sunset light and astounding setting.

However, the magical moments of this destination wedding in Athens were not over once the sun was down. The fairy lights, along with the floral decor, looked spectacular and made the atmosphere of the wedding even more dreamy. We worked tirelessly to match everything with the venue and the couple’s appearance. Even the invitations were designed in a special way to depict the uniqueness of this union!

The cake was also an admiring highlight of the wedding; however, allowing the guests to enjoy its appearance during the whole event was impossible. According to Australian traditions, the cake is supposed to stay outside the whole night. However, the Greek weather and climate did not allow this. For that reason, the guests could admire it during welcome drinks. It was really something worth looking at because it was made in the well-known pastry chef Pavlov’s Lab – in other words, a true masterpiece!

We were honored to be part of this destination wedding in Athens. Planning such an intricate nuptial was both exciting and impressive, and working with Laurentia and Valentine was simply delightful. We enjoyed every moment of this event and felt privileged to be chosen by such a special couple.

To read more about special weddings like this one, browse through our portfolio. 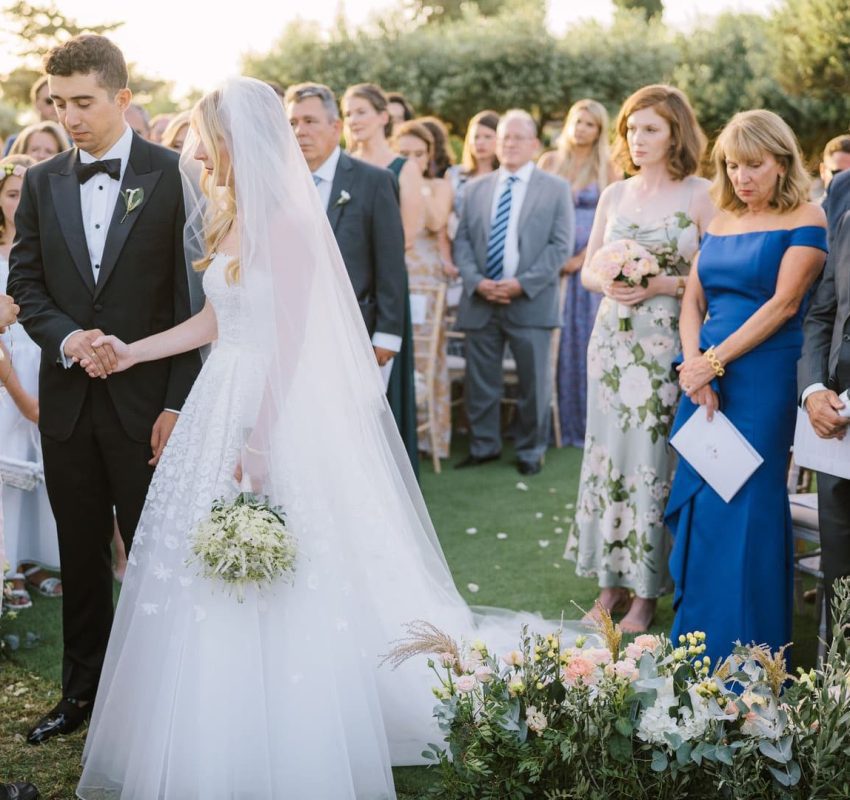 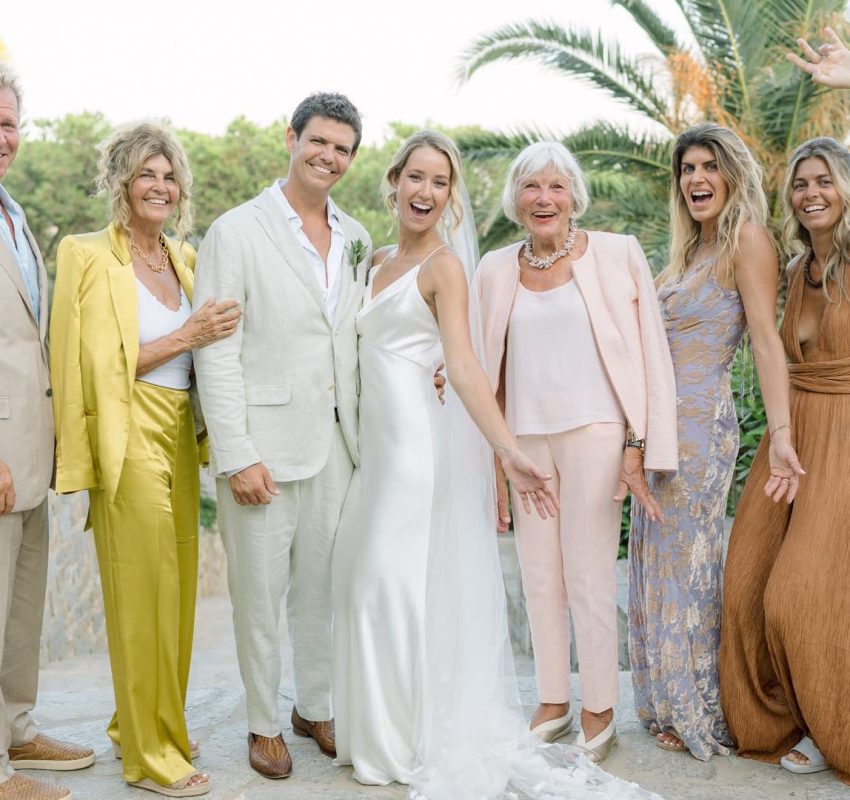