Love is to be celebrated!

Our agency strongly feels that love should know no boundaries and that needs to be celebrated in every form. Hence, when Karen and Isabel asked us if we would feel comfortable to organize their wedding there were no second thoughts! It was an absolute yes!

And even though this was our first time having to deal with the requests and vision of two brides in a wedding, this was a wedding we absolutely adored. And the reason is that we had this amazing opportunity to witness a deep love, with a rough enthusiasm, surrounded by their loved ones in a unique and raw place like Crete island where the feelings and surroundings are still authentic. Exactly as love should always be, authentic.

Words from our brides

We met in 2003 when we were 15 at an acting summer program and started dating when we were 27 in 2015! A meet up brunch between old friends became a wedding in Crete a few years later. In 2016, Isabel took Karen back to Princeton (where the summer program had taken place) and proposed in front of their old dorm room.

We got married in Agreco Farms in Crete. We decided after a few other ideas fell through and Agreco was suggested to us by RPS. Once we saw it everything fell into place as the perfect venue!

The only challenge we faced, being two brides with two opinionated moms made for extra input than usual, probably. But it all ended up fine. The biggest challenge was the time difference for planning, but even that ended up fine in the end.

We wanted something dreamy but of the earth and with many elemental touches for our wedding’s style. We wanted the natural beauty of an old farm in the hills overlooking the Aegean Sea to speak for itself. The décor and details embodied and embellished that beautiful space, with a few touches to anchor it stylistically and keep it slightly modern (ie; slate grey chargers and gold silverware).

Best decision: to get married to each other in Greece! Second best: working with RPS! Most memorable moment: when Isabel cut off the officiant to say her I Do’s early by mistake because she was so excited to say them! 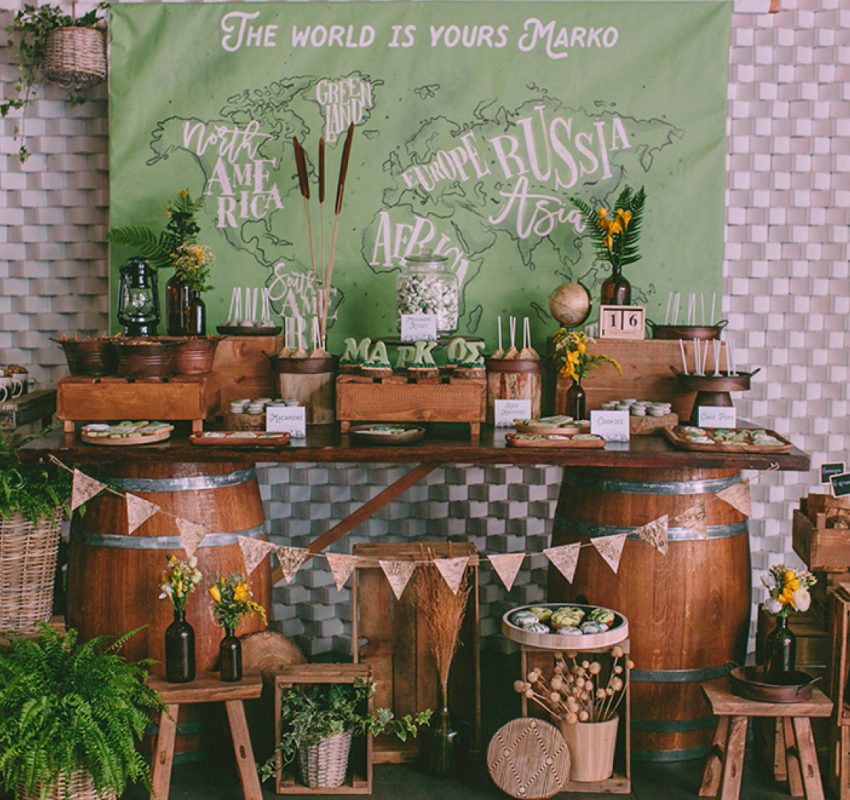