We have a Winner!

Congratulations Mina Theochari! You have been crowned our Giveaway’s winner!

You won a free 2-hours wedding planning consulting session with our wedding experts team. Rock Paper Scissors Events team is so excited and wish to thank all entrants! Thanks to all of you, our “Women’s Day Giveaway” was a success!

Stay tuned for our next Giveaway! Win a free wedding planning consultation with our team as a gift for Women’s Day!

Enter and win 2 hours of free consultation via Skype or phone meeting with our wedding experts. We want to share with you our expertise at wedding planning. All you have to do is to join our mailing list and share this Giveaway with your friends at social media.

Entering for your chance to win is easy and 100% free! 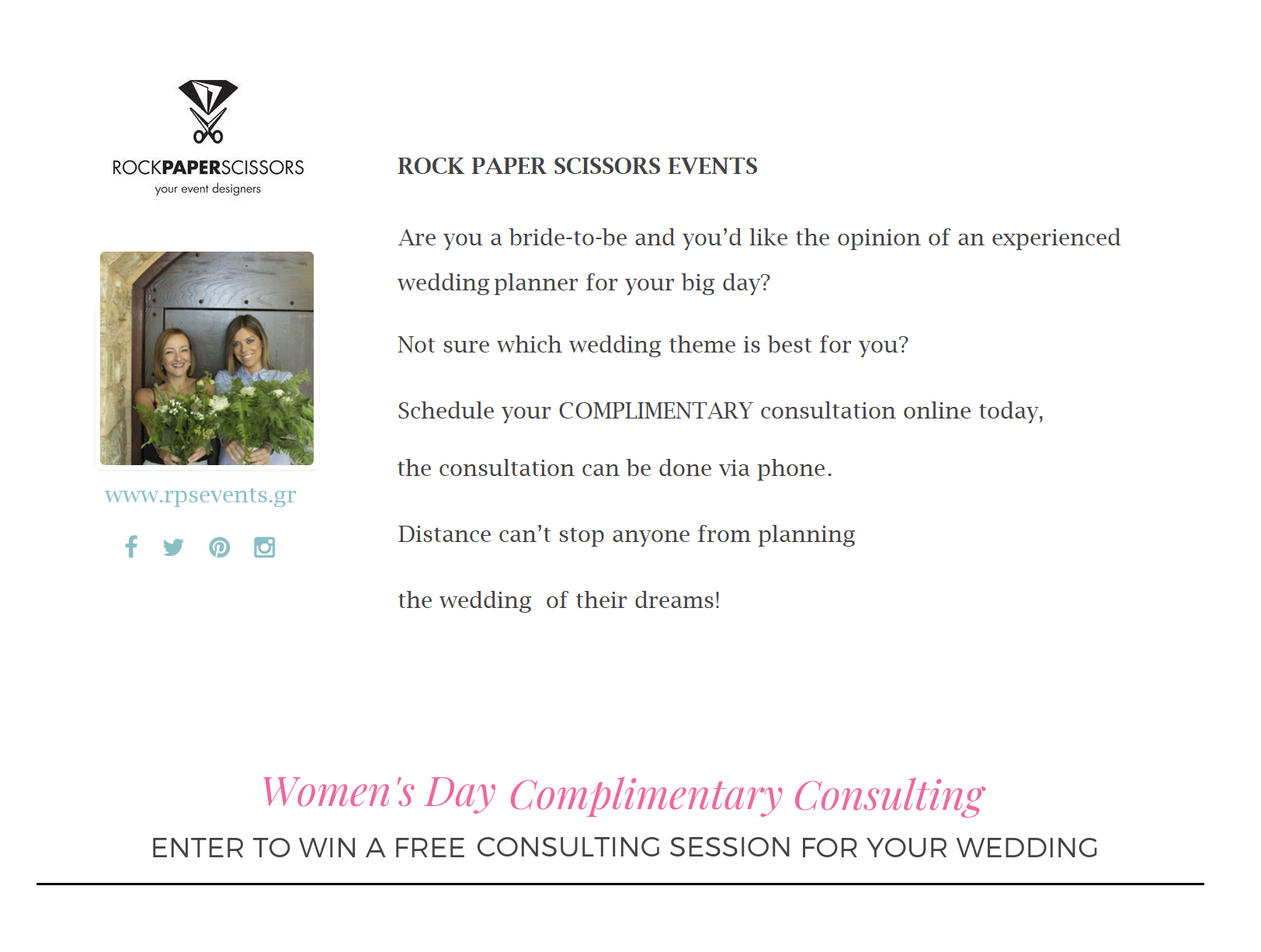 Why we support Brides-to-be?

Part of our values in our company is focused on the empowerment of women. Being a Wedding Planning Agency for more than 8 years, we interact mainly with women. It is in our understanding women do so many things for their closed ones and wear plenty of hats in their life. They are mothers, wives, sisters, businesswomen, daughters, best friends, care providers, lovers, entrepreneurs and so much more…  Women’s Day is a celebration for women’s rights and freedom. Therefore it’s our duty to honor our own gender.

Brides-to-be are superheroes dressed in wedding gowns. Only if you have planned your wedding you can comprehend the tremendous pressure a woman has to endure in order to have the wedding of her dreams. Has to satisfy two completely different families, while she keeps so many balls in the air! We wish to provide a break from this challenging process with our Giveaway: 2 hours of free consultation. 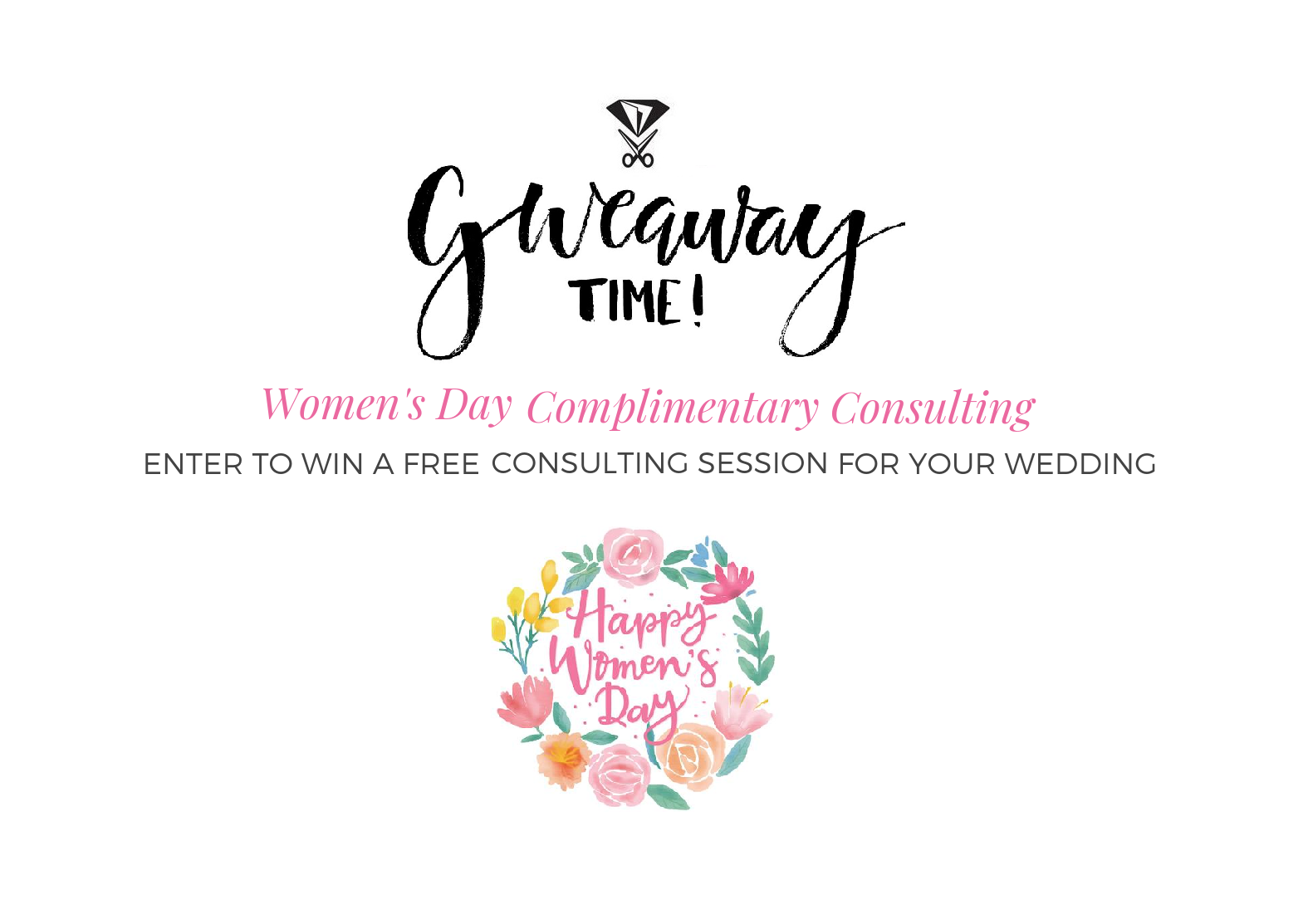 International Women’s Day (IWD) is celebrated on March 8 every year. It is a focal point in the movement for women’s rights.

After the Socialist Party of America organized a Women’s Day on February 28, 1909, in New York, the 1910 International Socialist Woman’s Conference suggested a Women’s Day be held annually. After women gained suffrage in Soviet Russia in 1917, March 8 became a national holiday there. The day was then predominantly celebrated by the socialist movement until it was adopted in 1975 by the United Nations.

Today, International Women’s Day is a public holiday in some countries and largely ignored elsewhere. In some places, it is a day of protest; in others, it is a day that celebrates womanhood. Learn more here…

It is worth to mention that in Italy, to celebrate the day, men give yellow mimosas to women. Communist politician Teresa Mattei chose the mimosa in 1946 as the symbol of IWD in Italy because she felt that the French symbols of the day, violets and lily-of-the-valley, were too expensive to be used effectively in Italy.

In the United States, actress and human rights activist Beata Pozniak worked with the Mayor of Los Angeles and the Governor of California to lobby members of the U.S. Congress to propose official recognition of the holiday. In February 1994, H. J. Res. 316 was introduced by Rep. Maxine Waters, along with 79 cosponsors, in an attempt to officially recognize March 8 of that year as International Women’s Day. The bill was subsequently referred to, and remained in, the House Committee on Post Office and Civil Service.

As of 2019, International Women’s Day will also be celebrated as a public holiday in the city of Berlin, Germany.

Terms and Conditions:  This Giveaway starts on 1st March 2019 and ends on 8th March 2019 at midnight. The winner will be selected randomly and will be announced on 9th March 2018 at 13:00, within our social media channels and website.

All personal data ( emails, names, phone numbers) are stored into our client’s list and are protected according to the latest GDPR guidelines. We value your privacy as much as ours! By entering this giveaway you are agreeing to share publicly your name and social media account if you are the lucky winner. 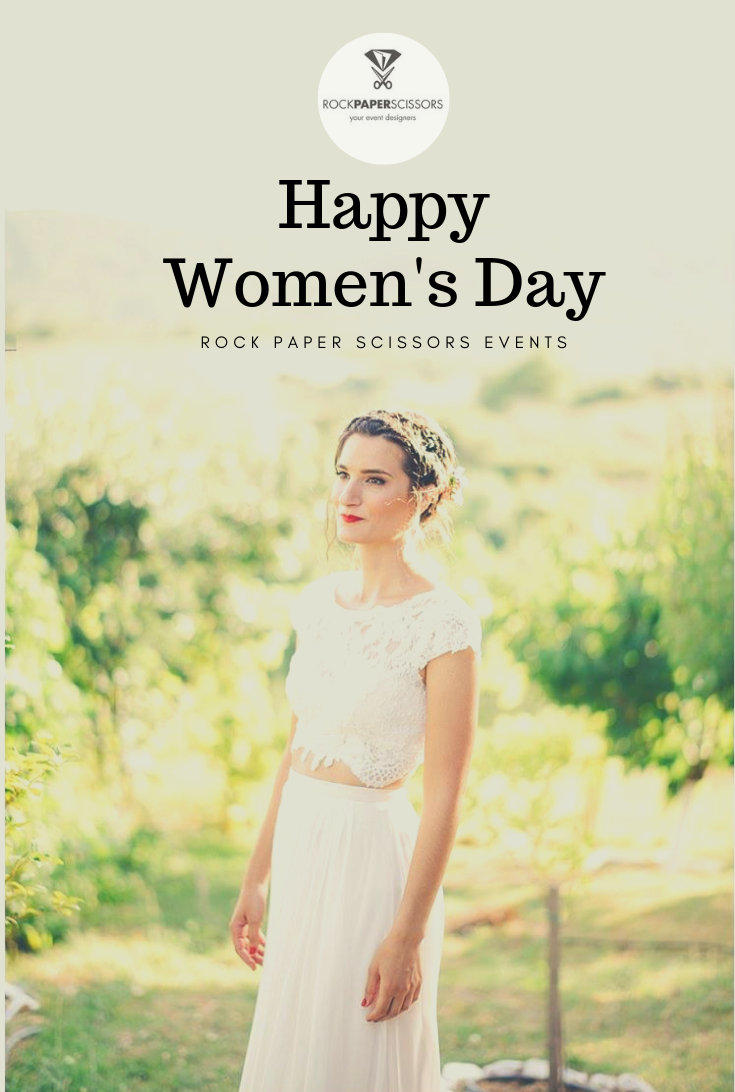 ← 6 Ideas for a Divine Destination Wedding in Greece

How to Set a Copper & Marble Table Decor for Your Event →